Mud Mates orders are shipped Monday, Wednesday and Friday. If you have any questions please contact us. Dismiss

Doesn’t the idea of eating homemade ice cream sound so appealing! The truth is though, many people have never even tried to make it before! I have to be honest and say that until I was researching for this article, I had never made it either. But you can be darn sure I’m saying goodbye to store brought ice cream now (mostly).

What my children and I discovered is that not only is it simple to make, you don’t need many ingredients either. However, in saying so, the possibilities of flavours for your homemade ice cream are only limited by your imagination…

You don’t need to run out and buy an ice cream maker. Nor will you need any expensive ingredients. To make the basic version of our homemade ice cream, you will need:

How can you resist from running out to the kitchen and making this now? Well don’t. This is simply the base recipe for the ice cream. Next I’ll cover some of the delicious flavours you could add to it.

One of the nicest things about homemade ice cream, (apart from its taste), is that you know exactly what it is made of. While I’m not going as far as saying it is healthy to eat, I will say that it doesn’t contain any artificial flavours or colours, unless you put them in there. But why would you, where there are so many natural ice cream flavours to try, including:

Once you’ve added your flavour, transfer the ice cream to an airtight freezer container. Smooth the top and press a piece of baking paper against the surface to prevent ice crystals from forming.
Freeze for at least six hours and up to 2 weeks (if it lasts that long)! It went down a treat with these 2!

I bet your taste buds are tingling by now! But if ice cream’s not your family’s thing, why not check out some of our other awesome kids’ activities to do instead.

For messy play inspiration and kid friendly activities sign up to our newsletter.

There are only so many times you can hunt for crabs and not find any [...]

A Parent’s Guide to Road Safety for Kids

When it comes to road safety and kids, many of us parents will remember a [...]

Springtime caterpillars have fascinated my kids for years, so I have quite a few ideas [...]

How to Make a Pom Pom Shooter

Even though here at Mud Mates HQ we relish and recognise the importance of outdoor [...]

Matariki Activities for the Whole Family

Participating in Matariki activities with your family and friends is a beautiful way to celebrate [...]

As the leaves start falling, it’s time to get creative with autumn crafts and art [...] 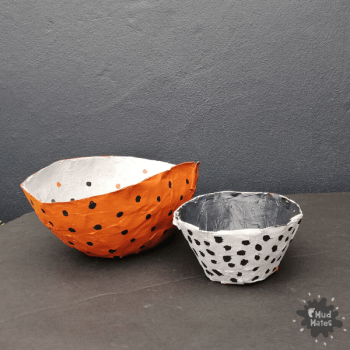 How to Make Paper Mache Bowls

Paper mache is a traditional craft which is fun for kids of all ages. These [...]